When is best time to go skiing?

When is the best time to go skiing?

Answering this question is like asking which season is best — spring, summer, autumn or winter, or perhaps which is the best ski resort in the world? The answer, of course, depends on your personal preference. Each month of the ski season is unique and has its benefits and drawbacks, so rather than asking when is the best time to go skiing, decide what you want and like from a ski holiday and work backwards.

What about the thorny issue of snow?

In Val d'Isere, snow worries are at an absolute minimum. The Espace Killy (the area Val d'Isere shares with Tignes) has a consistent snow record but it also one of the largest artificial snow-making operations in the world combined with top-notch piste grooming which allows it to offer a long season from November to May.

But there's another reason why the area is such a good bet for the whole winter.

Snow expert Fraser Wilkin founder of weathertoski.co.uk, explains: “The difference with L'Espace Killy is the sheer extent of its high altitude skiing — about 60% of the 300km on offer is above 2500m and, in this respect, nowhere else in the Alps can come close.

Val d'Isere and Tignes have healthy, but not exceptional, snowfall averages of about 5-6m a season.  There is a Val d'Isere weather phenomenon known as a "retour d'est" (return from the east) and, although it may only happen two or three times a season, it remains a valuable extra source of snow.”

So bearing all this in mind, here's our low-down of what to expect of a ski holiday during different months of the winter.

A pre-season weekend in December, to get the ski legs back on uncrowded slopes, fresh mountain air works wonders after a cold, dark autumn. If you go before Christmas, you'll enjoy quiet pistes, often very good snowfall (or freshly made artificial snow) and benefit from lower prices in chalets and hotels. Flights to Val d'Isere are generally cheaper (before Christmas) and you have the feeling that you have the resort almost to yourself. Many ski resorts have a Christmas market, so what better way to get into the festive spirit than in the mountains, with a hot and tasty vin chaud.

High-season hits at Christmas and over New Year, however, and the mountains can be crowded and travel expensive – but Christmas in a fairy-tale mountain setting can make that all worthwhile. And New Year's Eve in the mountains is epic — think parties, fireworks and champagne in front of a log fire.

As a general rule of thumb, December can be a cold month in the mountains — so you can't bank on long, sunny lunches. 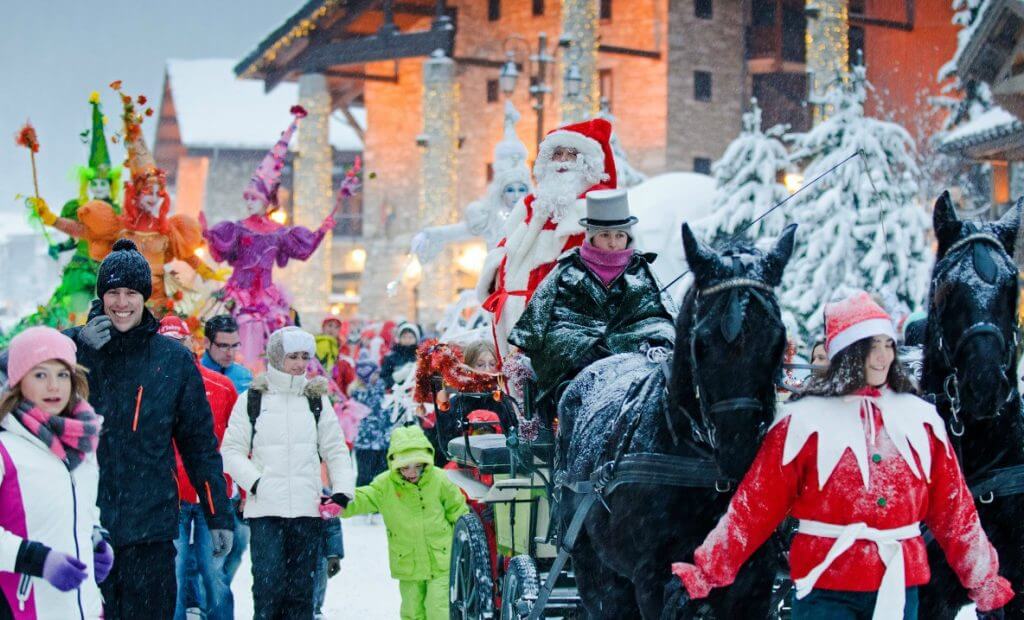 Once the New Year crowds have departed, this is an excellent time of year to ski. If it's possible to say snow is guaranteed, January is the month — it's cold, the powder should be dry and light and you'll be fighting fewer skiers for fresh tracks. It's low season for ski holidays, no school holidays in France or the UK, so resorts will have a more adult than family vibe. By this time, season staff will have settled into their jobs after the Christmas rush and everything will be working like clockwork. You're also likely to benefit from cheaper, low-season travel.

The result of all of this is that some areas can be a bit quiet, so if you're after raging apres-ski every night of the week you may not find it, though resorts like Val d'Isere will always have something going on. If you're not keen on skiing during cold, snowy days, January might not be for you — the chances of a white-out are higher during January.

By now, things should be warming up a little, with a decent snowpack meaning most areas should be open for skiing. February signals the start of many school half-term holidays, so with longer days and less chance of Siberian temperatures, now's the time to take your teens on a ski holiday. If they're revising for big exams, why not spend the mornings on the slopes then leave them for the afternoon in the comfort of your ski chalet revising for a few hours — surely that's more fun than staying at home.

Advance booking is advised during half-term and French school holidays — if you like to grab a last-minute deal you're less likely to find one in February.

Le Chardon Mountain Lodges has two chalets remaining for the popular February holidays from Sunday 11th – Sunday 18th so if you are yet to book, do contact the team at info@lechardonvaldisere.com.

This is a great time for a ski holidays, the days are getting longer, so the lifts are open for longer and you can more or less guarantee at least one sunny lunch on the slopes — if not more. March is a warmer month, even if it's snowing, and this is the time of year when ski touring starts to come into its own — the snow pack is good and climbing mountains under the sun becomes heaven on earth.

With that sun comes different snow conditions — however good piste grooming is, there will likely be hard, icy snow in the morning after a sunny day followed by an overnight freeze. Once it warms up though, there's a few hours of fantastic “spring snow” which is as fun as skiing fresh powder, but then the snow is likely to turn to slush late on in the afternoon.

As the schools break up high-season will hit again, especially around Easter time, so you'll find busy mountains (think lift queues and waiting for a table in the restaurant) but great fun at après ski. 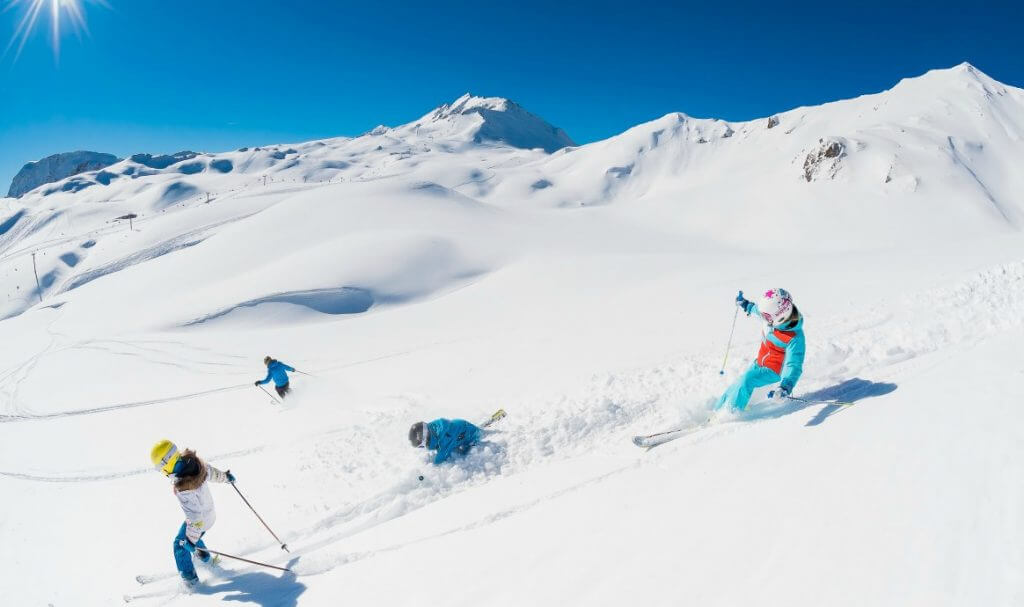 People tend to discard April as the time to take a ski holiday but this month can offer some of the best conditions of the entire season. In 2018, Easter falls on 1 April, but you can ski later in the month and sometimes into May. It can snow a lot, between periods of wonderful sunshine, and April spring snow is some of the best. There's a real “holiday” atmosphere in resorts as staff wind down, everything becomes more relaxed and less of a rush. Think long lunches, time to enjoy non-skiing activities such as walking and hiking. This is a perfect time to bring kids for their first time on the slopes — they won't get so cold and will love skiing in the sunshine.

The downside is that the snow could be slushy and some runs closed, accommodation and restaurants could start to close down and at the end of the season rental equipment will have been well-used.

But really, to sum it all up, there's never a bad time to ski.

At Le Chardon Mountain Lodges our helpful team are always on hand to help you make the most of your holiday. Find out more about our ski lodges in Val d'Isere or contact us today.